Skip to content
Press Enter / Return to begin your search.

Describe a day in the life of Sarah Meier.

It usually starts with roosters. If you’ve ever visited or lived in the Philippines, you’ll know that the primitive still suffices for the resourceful, and being woken up by cockadoodling and the 6am church bell will always be more poignant than any iPhone alarm tone. My days struggle to claim that they have any sort of routine, which is why I’m entertaining offers to resurrect my morning radio show host status; it gives me a valid excuse to dip out of manic Manila nights before people start making fuzzy decisions, and also propels my ass to the gym at a regular hour. Other than that, it’s a few hours at Pormada HQ, time on shoot sets, rocking the microphone hosting events, recording voice overs for fashion-related TV shows (I can now say Ermenegildo Zegna without hesitating), wine and cheese dates with friends, and a weekly 2-hour $10 home service massage. I have a beautiful daughter that likes bookstores, running around at the park, fine dining, manicures, and Jamba Juice, so her Dad and I switch off on dates with her to do those things after school.

How does your current role as Creative Director of Pormada, including your book “Unscripted” reflect your personal aesthetic?

I’m not entirely sure either of them do. The thing about creating for a Philippine audience is that the reference points, things the larger portion of the market identify with, are not necessarily the same things that excite me. I like the classily executed off-kilter and provocative, the eloquence in grit, irreverent fashion pieces and layouts that demand more than a 2-second glance. ‘Unscripted’ was created primarily for a younger market, so it’s cute and fun in a high school yearbook kind of way. We’re still trying to define Pormada’s positioning, but I’m excited about where I can take it in the next 12 months – looking forward to bringing on brands that embody individuality, so that we can wild out a little more on the creative execution. It really feels like everything I’ve tinkered with, from music to fashion, in above the line content, or on ground events, always involves a great deal of preparatory educating and exposing first. Grooming the next generation (of both consumers and clients) to be able to not feel alienated by things that aren’t traditional. Television commercials here fall back on the same template that has worked for the past two decades; not because our advertising agencies aren’t forward thinking and creative (they’re actually quite fantastic), but because brands think consumers can’t relate to a shampoo commercial if it’s not throning bra-line length, straight, black hair; and consumers think that that’s still the standard of beauty because it’s all they see on TV. Chicken or the egg. Stalemate. The internet has sped up creative evolution significantly, so I’m grateful, but like I said, exposure is still just an elementary step. Application only comes when people start to find the balls to challenge the conservative, and trust, I’m not talking down on anybody. I’m still grappling with the same conundrum on a personal level. It’s alarming how different I dress when I’m outside the country, or how judgmental people can get about my best friend’s tattoo sleeve, or how salon after salon refused to cut another girlfriend’s daughter’s hair from waist-length into a semi-mohawk. But if Tumblr, Instagram, and Twitter posts are any consolation, there’s a shift happening – and it spans wider and deeper than just aesthetics. It’s challenging bigger issues like separation of Church and State, and women’s rights. There are some places you need a prescription to buy a condom, and we’re the only country left on the planet where divorce is not legal. While we tackle overarching things like that, creative and expressive culture will continue to get caught up in the throes of conservatism and tradition. 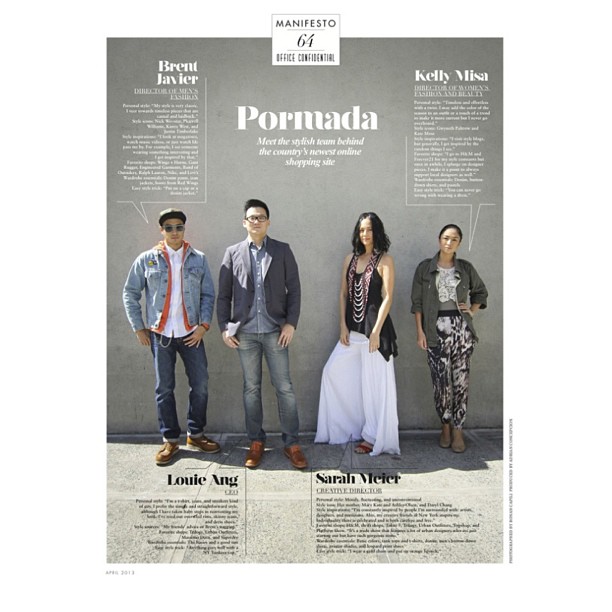 It’s empowering to see women making moves in the scene like you — how have the women in your life been instrumental in developing your hustle?

I grew up as the daughter of a pretty dynamic woman; one of the first Filipina supermodels to break the mold of what “beauty” was perceived to be in the seventies. Models used to be poster-children for colonialism; fair skinned, Spanish looking, more often than not, offspring of privileged families. Mama was a dark-skinned, exotic, half-Chinese broomstick with a 22-inch waistline, that in my memory, was the first girl I ever saw with a side shave. She never gave a shit about what people thought, and was named “Electrika”, partially because of how much she shocked people (but also because she was “as thin as an electric wire). She never said no to me when I wanted to explore or experiment, so that planted a seed of “I can do anything I choose to excel in” early on. The women I surround myself with now, be they here in Manila or in cities across the globe, are all cut of similar cloth. Accountable for their own success, never ones to give excuses, open minded and entrenched in different cultures, passionate and strong, steeped in definiteness of purpose based on their intrinsic talents and how they can better the world with them.

What do you think it takes to make it in this business, especially for women?

A solid concept of who you are as a woman. If you can command respect because of consistency in quality character, work code, and creation, things that less secure women fall back on to get ahead (sexuality, for example) become supplementary forces in taking an already formidable entity through the roof.

In the early stages of your career, what were some challenges you faced in your industry? How did you overcome those obstacles?

I started really earning money as a model when I was about 14, and that career peaked when I was between the ages of 19 and 22. The challenges I faced were my own issues with being a model – I didn’t like JUST being a mannequin, and so before my modeling career could start quieting, I used it to leverage a job on television at MTV. It was important to me to have a voice, because I adhered to this very contradictory “models shouldn’t have an opinion” philosophy. You show up promptly, you wear what they tell you to, pose how they want you to, don’t complain, don’t suggest unless asked. That was my brand of professionalism, but it was killing me because I wasn’t doing anything to dispel the notion that “model’s opinions don’t count”. So I found a way to grab a microphone, on TV, at live events, on radio. Found more outlets to write. When my Wikipedia page changed text to say I was known for my wit vs. being a “supermodel”, I smiled the dorkiest smile in the world. Why I get validation from Wikipedia is another issue altogether.

Cultural trends constantly change. What do you do to stay relevant, connected, and ahead of the curve?

I revert to the relevance of timelessness, have conversations with people that have an aversion to social media, and like I mentioned earlier – my problem is not staying ahead of the curve, it is having to constantly pace myself so that the curve is still within striking distance.

How has social media shaped your career? What’s your favorite platform? Why?

Cryptic one-liners have always been my forte, so the advent of Twitter really gave me a platform to enjoy the internet in a way that I hadn’t previously experienced. Career-wise, I started out as a writer, then made my name as a model, spent 5 years as a VJ for MTV, started a production company and creative agency, became a Mom, was a music and advice columnist (separately, lol), a radio show host, then published a book, and now am working on my clothing line, with clocking in as CD at Pormada and being hired as a TV show and live event host/interviewer in the in-betweens. To say that social media has been a helpful tool in communicating where I currently am (literally and figuratively) is an understatement. It gave me an opportunity to really think about the totality of my package, and helped create a direct line to people that could either inspire or appreciate that. It has been a massive asterisk to things fed to the public that aren’t in sync with who I really am — highly stylized photos, or heavily edited interviews, for example, which have always been the bane of my “you can’t make money in this industry by keeping it really really real”-battered existence.

How do you prioritize personal & business goals and stay creative at the same time – even when you’re exhausted?

I don’t know girl, you just do what you gotta.

In a fast-paced industry where last-minute-anything can happen, what’s your foolproof, go-to outfit that will last from morning meetings to evening events?

It’s still all black everything for me; slim lines on the lower half, looser up top. A pointed closed toe shoe or boot, skin hugging bottoms and a boyfriend tank – with an irreverent blazer with killer lapels ready in my bag. Red or orange or purple lipstick. Have the winged out eyeliner on standby. Pulled back hair in a tight bun. Works for pretty much everything.

How important are mentors? Who is your mentor?

Mentors are everything to me. My manager, Joey Espino, has been a very important figure in my life, having represented and guided me in both personal and professional matters since I was seventeen. He started Philippine Fashion Week almost two decades ago and has been instrumental in shaping careers for some of the most successful people in our industry. I also found some incredibly inspiring people to emulate while I was taking a Publishing course at Columbia University – Christopher Cerf (Sesame Street, National Lampoon), Tina Brown (Daily Beast), Chris Mitchell (GQ), Bob Gottlieb (The New Yorker), and Sally Preston (formerly from Time Inc.). In the more, shall we say “urban” spectrum, Dan Cherry took me under his wing early on, Jeff Staple continues to help shape my perspective with every lunch date we have, and Omar Quiambao is straight up Yoda to me. 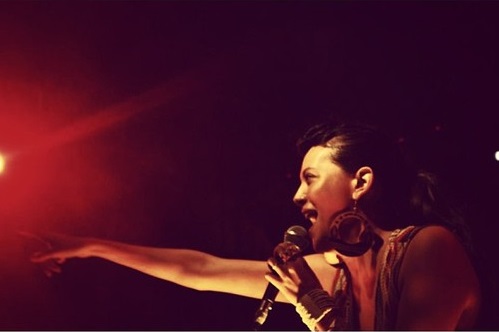 Define your idea of success.

Seeing my little girl grow up to be a little spark of an empath and an indigo child; open-minded, expressive, kind, curious, worldly, generous, aware of the bigger picture and the role she can play improving it.

GETTING TO KNOW… SARAH MEIER 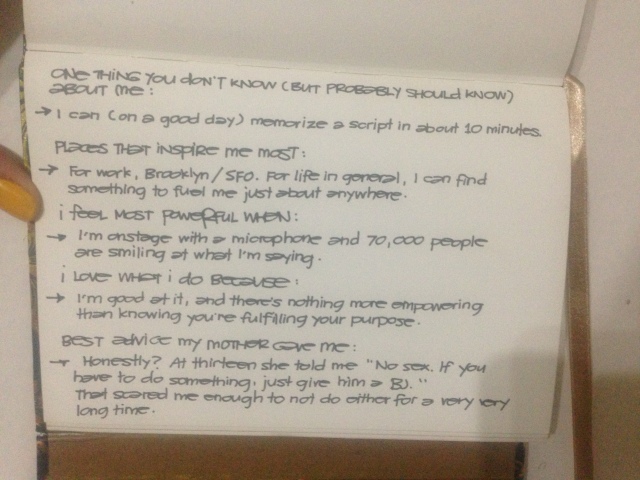 The series aims to give fourteen aspiring models an opportunity to make it in the high-pressure and glamorous world of supermodeling. Each week, these girls are mentored by some of the Philippines’ most notable fashion personalities. The girl who stands out with global appeal will earn the coveted title of “Philippines’ Next Top Model” and get a chance to be signed with a top modeling agency.

Hosting the show is top model, Sarah Meier. She joins some of the Philippines’ fashion experts in looking for the next top model.

We value the satisfaction and happiness of our customers so the products we carry are of highest quality, and our service meets the highest expectations. Our pioneer market is the Philippine territory. We deliver nationwide, partnering with the country’s most reputable forwarders.

Unscripted is a book based on the conversations that transpired during the “The Dollhouse,” Sarah Meier and Vicky Herrera’s radio show. The book focuses on the lessons learned from interviewing individuals who were deemed influential and innovative in their respective field. These influential people were interviewed in the segment entitled, “The Real OG.”