Describe a day in the life of Rocky Rivera:

I wake up, get ready, see my son off to school, go to work, then head over to my school site to teach an after school program while my partner picks up the kid. Then I try to squeeze a run around the lake in and after the boy gets tucked in, finish songs for the new album. Then start all over again!

How did you get started as a musician – and how does your work reflect your personal aesthetic?

I don’t consider myself a true musician – no music lessons, no instruments – but I have always been a musical person. I danced as a kid and as a dancer, counting beats is similar to counting bars as an MC. So when I finally pursued music later in life, it was something I had been doing all along. Plus emceeing doesn’t require much more than a piece of paper, pen and a willingness to get in front of people. My work reflects my aesthetic because I need to look professional yet casual (since I teach kids) and be comfortable at my day job, but when I’m onstage, anything goes!

How did you come up with the name “Rocky Rivera”?

I got the name ‘Rocky Rivera’ from a character in a book called Gangster of Love by Jessica Hagedorn. She is a Pinay author who grew up in SF and the character reflected a lot of the same geographical narrative.

It’s empowering to see women making moves in the scene like you — how have the women in your life been instrumental in developing your hustle?

Seeing women flourish in the fields that they pursue, be it education or music, has always been inspiring to watch and model my hustle after. A woman doesn’t have to win the Nobel Prize to inspire me, she simply has to be taking life by the reins and holding her family together, which is a miracle in itself.

Social media has shaped me by allowing me to interact with my fans! I love that. I will never take that for granted, the ability to speak one-on-one with them and for them to have their days brightened simply by a response. Twitter was definitely my fav. because of the 140 character limit (I love conciseness), but lately I’ve been all over Instagram. You know what they say about pictures being a thousand words, what’s more concise than a picture?

Cultural trends constantly change. What do you do to stay relevant, connected, and ahead of the curve?

I read the news voraciously, which is something I get from my father. That’s also why I became a journalist.

What are your must-have tools or apps to run your day-to-day grind? What kind of gadgets would we find on your desk or in your bag?

I can’t live without my iPhone 5. I love Pandora Radio, Yelp, Instagram and my Horoscope apps (haha). I also love Nike+ because I get to compete runs with my friends and there’s nothing more motivating than that!

In a fast-paced industry where last-minute-anything can happen, what’s your fail-proof, go-to outfit that will last from morning meetings to evening events?

A cute cropped off-the-shoulder top with high-waisted harem pants and wedge or platform heels will get me through the day in style and comfort. 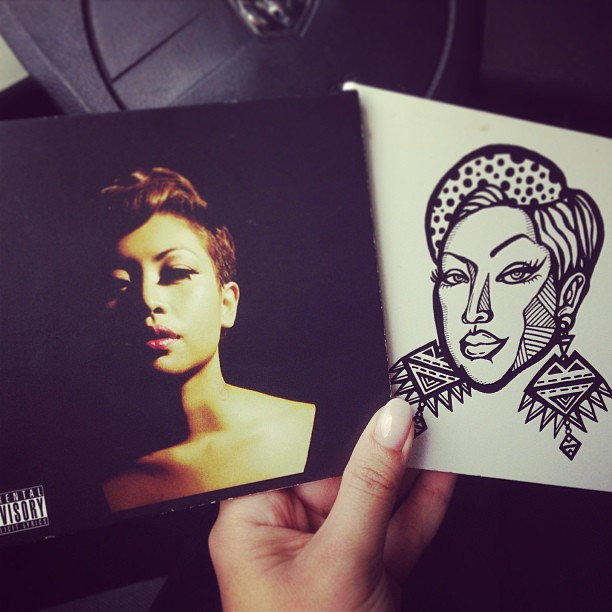 How important are mentors? Who is your mentor?

I’ve had mentors throughout my life, but sometimes, blazing trails means that you may not always have someone there to mentor you personally. So I like to read about other women in history to gain courage and inspiration. The PBS documentary, Makers: Women Who Make America was definitely a source of inspiration for me.

Define your idea of success.

My idea of success is living comfortable within my means, supporting my family, paying off debts, taking 2 vacations a year (at least one to Hawaii), and traveling while making and performing music that I love. It has nothing to do with how many followers I have, how much money I need to buy designer labels or keeping up with the Joneses.

“Having him is the best reward. He is my inspiration.” – Krishtine on her son Kahlil Bayani

What should we expect from Rocky Rivera this year?

A brand new album called Gangster of Love! I’ve grown so much as an artist and as a person since my first release in 2010 and I am so excited to share it with my fans, both old and new.

What’s your advice for other women entering creative fields?

If you truly believe in yourself, even when people think it can’t be done or you’re crazy, you’re already halfway there…you just need to put in the work! 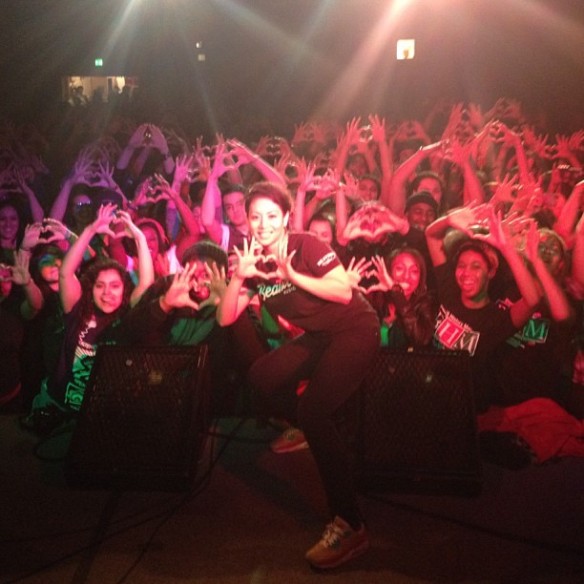 Rocky Rivera is an accomplished journalist-turned-emcee whose editorials appeared in XXL, The Source and Rolling Stone Magazine before she decided to pursue an artist’s life. Trading her moleskines for microphones, she’s dropped three musical projects since 2008, Married to the Hustle Mixtape, the self-titled album, Rocky Rivera, and the recent POP KILLER MXTP. Her debut album was released in 2010 and since then, has garnered critical acclaim and press coverage from VIBE, 2DopeBoyz.com, Refinery29, and numerous music blogs across the web.

In 2012, Rocky became the only female artist at the VIBE HOUSE’s Respect The West Showcase at the SXSW Festival, sharing the stage with West Coast favorites such as Nipsey Hussle, Strong Arm Steady, Snoop Dogg and Kendrick Lamar.

In the past, she’s opened up for diverse artists such as Zion-I, Macklemore, Blue Scholars, Pac Div and dead prez.

Rocky continues to headline up and down the West Coast with her crew performing her signature blend of thought provoking lyrics and bass-rattling rhymes. Make sure to check out all of her videos on YouTube to see more!